Our in-house, age specific curriculum developed based on experience working with Indian children. 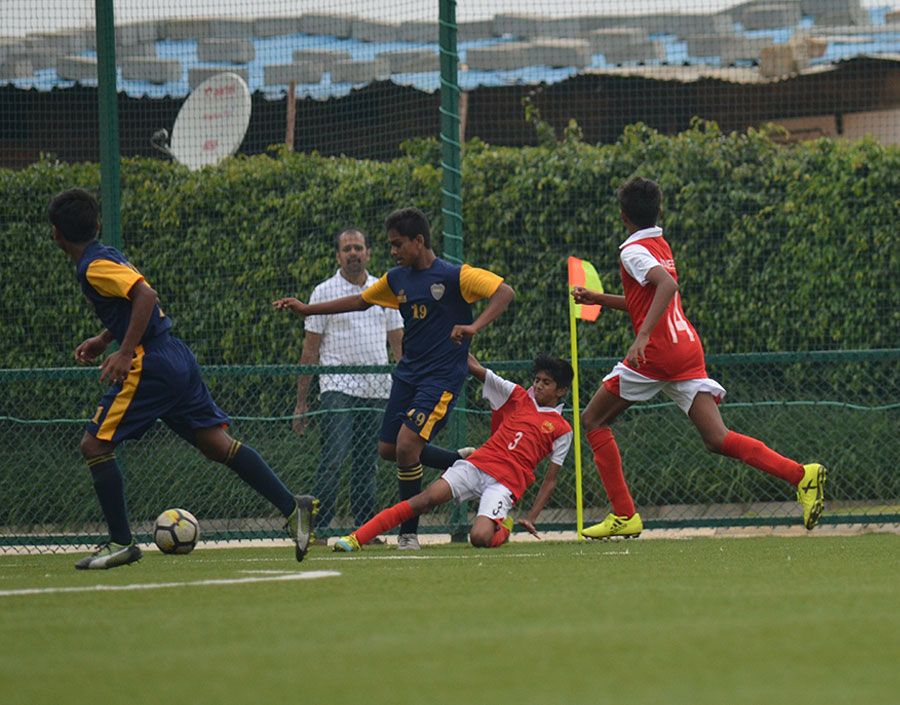 Roots Football School is founded on the basis of focusing primarily on the player’s overall development as a complete football player with good sporting spirit and develop a positive approach towards the game of football.

Our focus is on Individual development. We strive to better and bring about permanent change in the individual’s technical, physical, psychological and tactical behaviour. This is achieved through a variety of individual technical drills with “1 Player 1 Ball” and Small Sided Games leading to 11v11 (the big picture) as players mature. Players are divided to age based and ability equivalent groups in order for them to compete with similar level players.

Our objective is to create an atmosphere of fun, team spirit, relationship, equality (playing time, opportunity) and competitiveness where children can grow into better players.

Our coaches are committed to providing a positive environment where sportsmanship is promoted, team spirit is highly valued and hard work rewarded. Coach acts more as a facilitator to spark interest towards the game.

The training activities focus on repetition with variations. We believe that by repetition a player learns the technique quicker and it helps improve their muscle memory.  A fun element is incorporated wherever possible during training, especially in the younger age groups.

Emphasis is laid on using both feet and all parts of the foot. Each technical exercise focuses on a specific skill (Ball control, dribbling, passing, receiving, shooting, heading) and to to improve the player’s decision making abilities. Once we teach them how to do a certain move or technique, emphasis is on when and where?  It is all about making the correct decision in a split second and that is why we use repetition because players get better at making decisions when they are familiar with the moves.

A competitive environment is necessary to improve. Often exercises are based on time or points. Sometimes players compete with each other and at times with themselves trying to beat what they have achieved in the past.

We like our teams to play open, creative, attacking football with emphasis on ball possession and opportunities for players to express themselves.

While players start playing at younger age group, the focus is more on fun and enjoying the game as a recreational activity. As they progress, players continue to play recreationally while some players want to take up the game more seriously. Roots FS has age groups teams (U8/10/12/14/17) & Women that are selected from among the trainees across the centers. Depending on the age groups of the team the players train at their respective centers as well as have combined team training sessions where the team players train together. The teams represent Root FS in various matches, tournaments and national youth league. Friendly matches, tournaments, League, exposure trips are integral components of our season plan. We believe that exposing players to numerous competitive platforms will enhance their knowledge and ability towards taking the game to the next level. 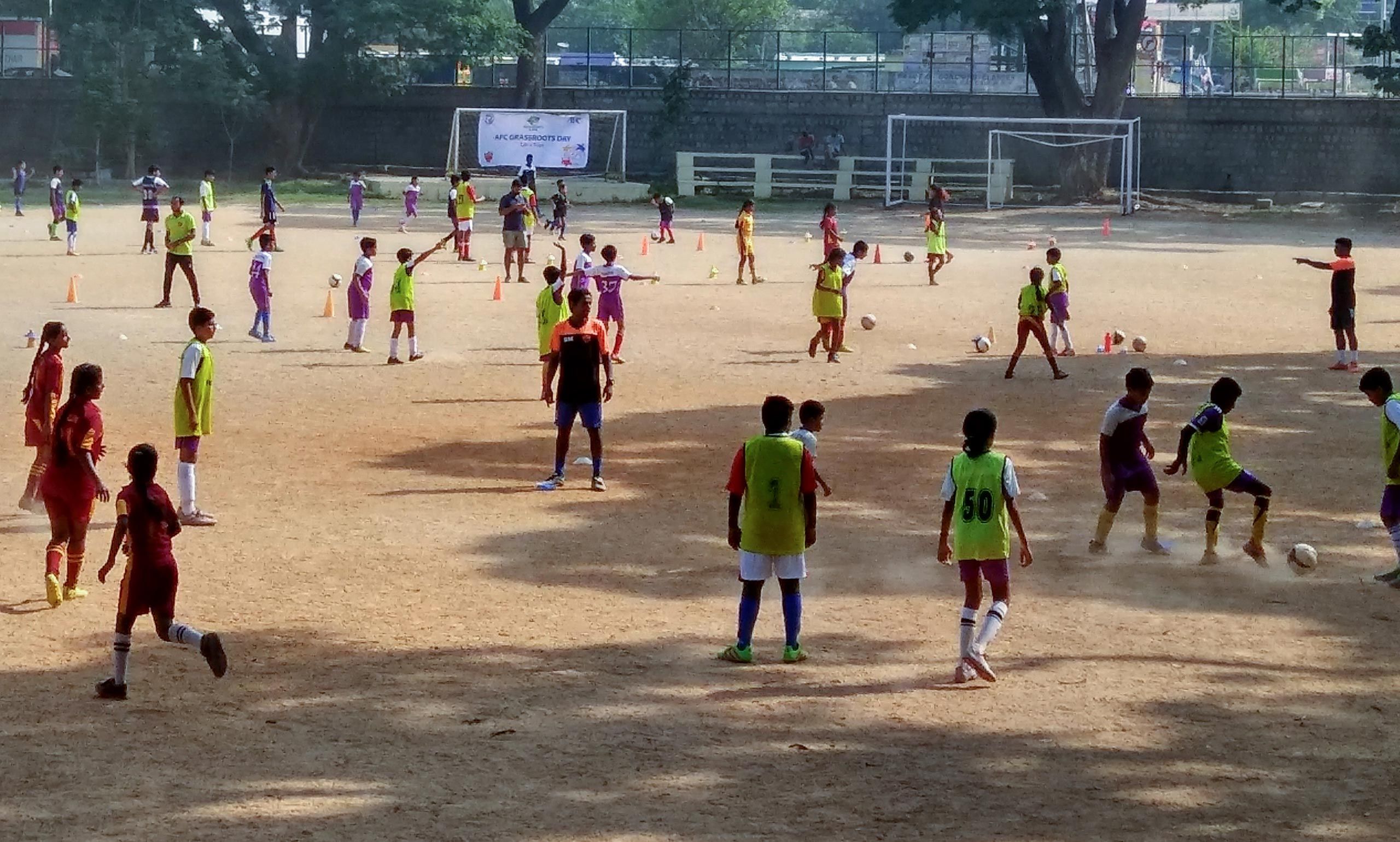 We seek to achieve our objectives on the building block concept, through the systematic age and level specific skills in a progressive sequence from 5 to 18 years. The key is to provide a strong foundation with a step by step, progressive plan that enables players to achieve mastery of the ball and develop tools and skills needed to play at different levels. Skills from one age group are utilized to build more advanced skills for the next level and age.
Football is a team game but it is characterized as a succession of individual duels. Team success is summed up on the ability of players to win these duels. Hence the ultimate aim is to develop players who can dominate their opponents and win most of these duels when confronted. Players need technical, physical, tactical and psychological tools to win duels. The technical tools are the foundation of the football skills. However players need control their body movement before learning football technique and skills. So players at the very young age are taught to first develop the full range of locomotor (running, jumping, hopping, turning, pushing, pulling, bending, twisting, swinging etc.) movement skills before they can become adept at manipulative skills (eye to hand and eye to foot coordination). The ball is included in almost all the exercises to give a sport specific (football) dimension.

In the building block approach, there are four main phases of individual player’s development

The starting age for each phase depends on the natural ability and learning of the player and that has to be addressed and not skipped to avoid under-development of individuals. Each progressive phase eventually overlaps, so it’s important to focus on all the aspects rather than over looking one for the other. 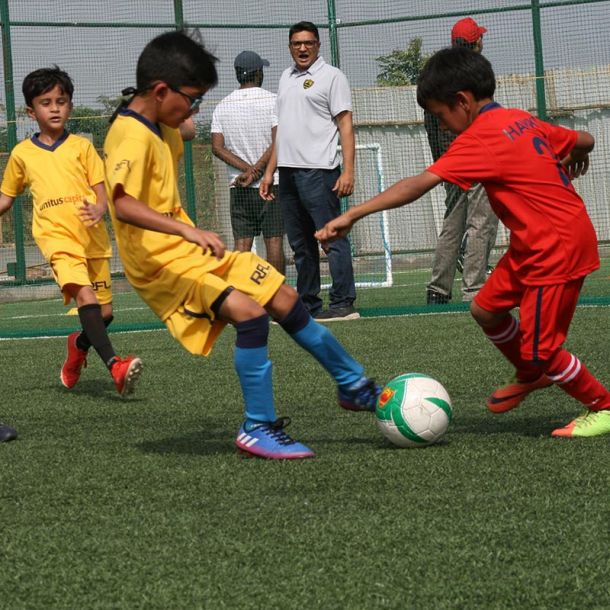 The objective will be for all of the kids to have fun, make friends, and learn football skills. Players at young age are taught to first develop the full range of locomotor (running, jumping, hopping, turning, pushing, pulling, bending, twisting, swinging etc.) movement skills before they can become adept at manipulative skills (eye to hand and eye to foot coordination).The goal is to introduce them to basic concepts like dribbling and kicking and make it enough fun that they want to keep playing as their bodies and minds mature. The focus is more on individual skills. 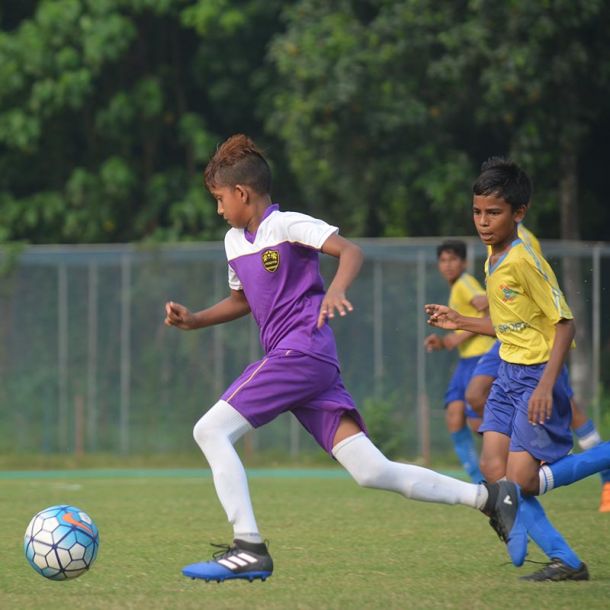 This focuses on teaching the fundamental techniques of the game and showing players how to master these into skills. Tailor-made for junior players with a fun and friendly atmosphere, the focus is on developing motor skills while increasing the mastery over the ball. The players are taught individual skills to take on an opponent and they start group activities with a partner which include cooperative and competitive drills. 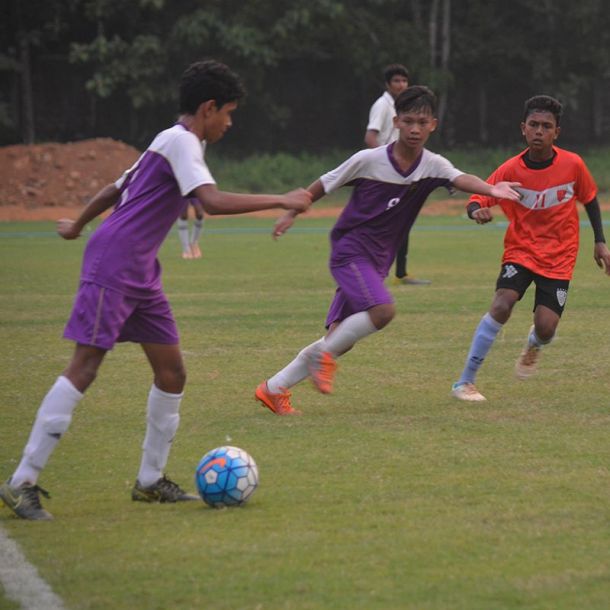 Training designed to use their technique while also developing their game understanding of team shape, attacking and defensive responsibilities. More advanced technical drills and small sided games are used to imitate game like situations. Focus is also given to developing physical performance and developing a mature approach to their physical and mental preparation for training and matches. 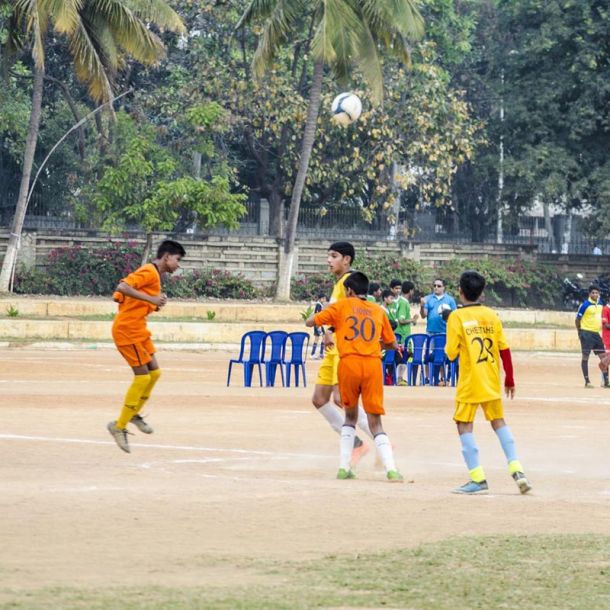 Advanced technical and tactical sessions designed to develop players to the needs of the 11-a-side game . Youth players will be taken through position-specific physical and technical training. Players also discover how the skills learnt from the game can help them mature and take responsibility for their own development.